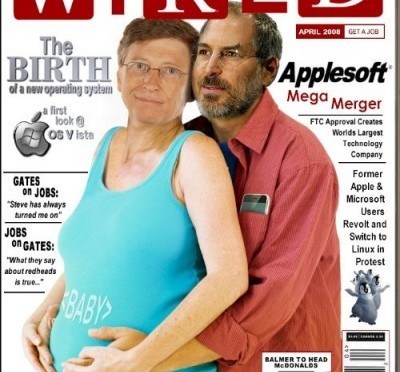 Every year there are a slew of new joksters on April 1st. While everyone knows that it is April 1st and it is necessary to be on guard, there are those that still forget that the word gullible is not written on the ceiling. This is the one day of the year when someone is allowed to trick another person, say April Fool’s, and then all is forgotten. The following are three harmless and clever April Fool’s jokes that involve spouses.

A husband used a simple cell phone hack to trick his Wife into thinking the AP sent out a news alert stating that the Pentagon confirmed the 1947 Roswell crash was of Alien Origin. So how did the husband pull off the trick? The wife got AP news alerts directly to her Iphone. The title of the alerts is “AP Mobile”. Knowing this, Husband must have changed his contact name on her cell phone to “AP Mobile” without her knowledge. Husband then sent the text from his cell phone and presto, Wife was fooled. Harmless and clever april fool’s.

Rumorflix.com reported that Mariah Carey’s husband Nick Cannon tricked a radio station into reporting that Mariah was going into labor. He was at New York radio station 92.3 being interviewed and pretended that he received a call that Mariah was in labor. The radio station took advantage of the breaking news and shared it over the internet. Once he left the station he told everyone that it was just a prank. Maybe I am old fashioned, but Mariah’s family probably wants to get the news directly and not from a radio station tweet.

The Carmichael, California Patch.com website asked its readers their favorite pranks and this is what one reader shared:

“Most of the time the pranks on me rather than me doing pranks on other people. My favorite one would be the one that I pulled on my wife, just saying that I just quit my job and I came home on April Fool’s Day and said we’re going to have to move out of the house and live homeless for the rest of our lives. Then I needed to correct that very quickly before I got thrown out of the house. –Ray DiGuilo, Vice President of American River College.[http://bit.ly/hYYyXX]